Housed on Stage 8 of the historic studio lot, Metastage is using cutting-edge volumetric capture technology developed by Microsoft. The software giant has been working on this technology for close to 8 years, and is operating its own Mixed Reality Capture Studios in San Francisco and Redmond, Wash., as well as licensing it to London’s Dimension Studios. Metastage is the first U.S. partner to license Microsoft’s Mixed Reality Capture Studios technology.

“We’re not a technology company, we’re a client-facing production company,” said Metastage CEO Christina Heller, formerly of VR Playhouse. “Our goal is to strip the complication from this as much as possible so by the time the talent gets here, all they have to do is walk on stage and you can say ‘action.’”

Partners in Metastage include Magnopus, a production company that has created VR experiences for Disney/Pixar’s “Coco” and Warner Bros.’ “Blade Runner 2049.”

“Both Christina and I come from the world of immersive production, and that world looks a lot more like a mad scientist’s laboratory than it does content creation and creativity,” said Magnopus co-founder and CEO Ben Grossmann, who won an Oscar for his work as a visual effects supervisor on 2011’s “Hugo.” “With Metastage, the technology has been vetted, so we don’t have to focus on being the Q laboratory from a James Bond movie.”

Applications of volumetric capture — which allows a virtual camera (or viewer) to move around live performers at will — range from games and movie-like experiences to education and training.

“If you just put game engine characters in there, the closer they get to reality, the creepier they get,” Grossmann said. And with live capture, “you’re focused on directing an actor rather than a team of engineers or artists to build that performance, which can take months.” 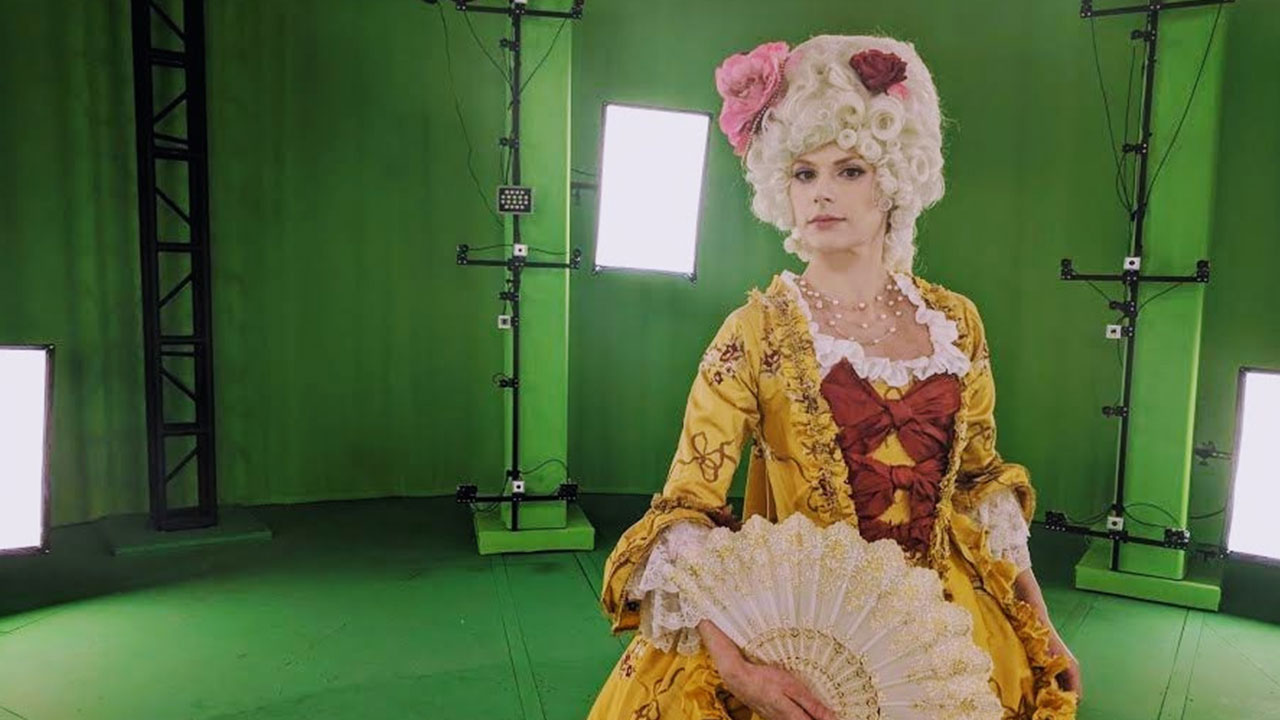 Heller was impressed with the lack of artifacts in Microsoft’s volumetric capture as well as the company’s compression technology. The latter allows the facility to take the 10 gigabytes of data it captures per second and shrink it down to 10 megabits, allowing producers to easily import the files to Unity and Unreal game engines and use them for streaming mobile AR experiences.

While Metastage’s neighbors on the Culver Studios lot include traditional big Hollywood productions such as the ABC series “Agents of S.H.I.E.L.D.,” it’s not a typical soundstage build with freestanding walls that will be torn down immediately after shooting wraps. Designed by Cassidy Shipley and built by scenic construction company Jet Sets, it has a solid mid-century-industrial-meets-“Star Trek” look, all gray concrete walls, and blue carpet accented by recessed lighting.

Visitors entering Metastage walk down a hallway into a waiting area, where they are greeted by four small sculptures of a ballerina in motion suspended over an island in the center of the room.

“I wanted this to feel like an experience right when you walked through the door, and also make it a really fun place for people to hang out for hours and hours while we’re doing productions,” Heller said. 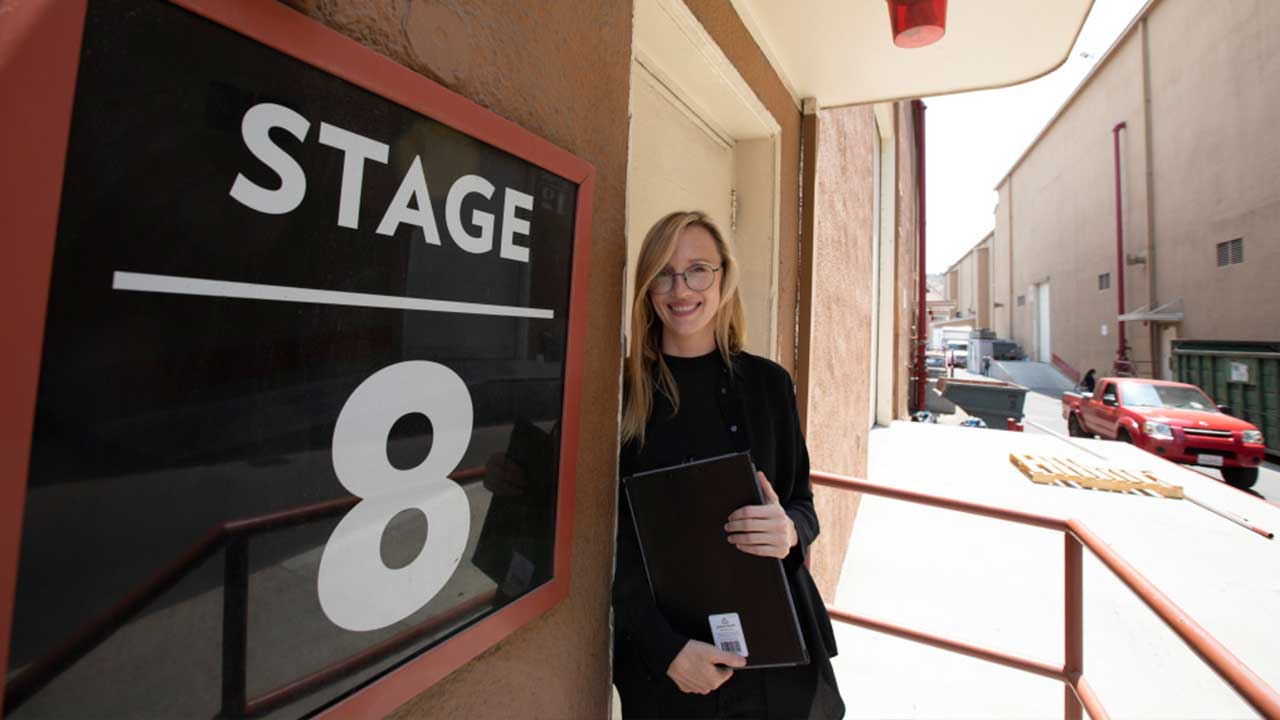 Metastage has a green room, a wardrobe department, craft services, production offices, a rehearsal space next to the capture stage, and a conference room upstairs. Behind the stage is the server and render farm, enclosed in a concrete structure designed to resemble the power station on the cover of Pink Floyd’s “Animals,” will dual chimneys on top to help vent the heat.

The heart of the operation is the capture stage itself, which measures 35 feet in diameter, capable of capturing a space of up to 10 feet in diameter volumetrically. The stage is equipped with 106 cameras (53 RGB and 53 infrared) future-proofed with 12 megapixel sensors, even though the software currently only accommodates 4 megapixels.

“It will reveal itself over time, but our expectation is that we may get better captures right off the bat,” Heller said. 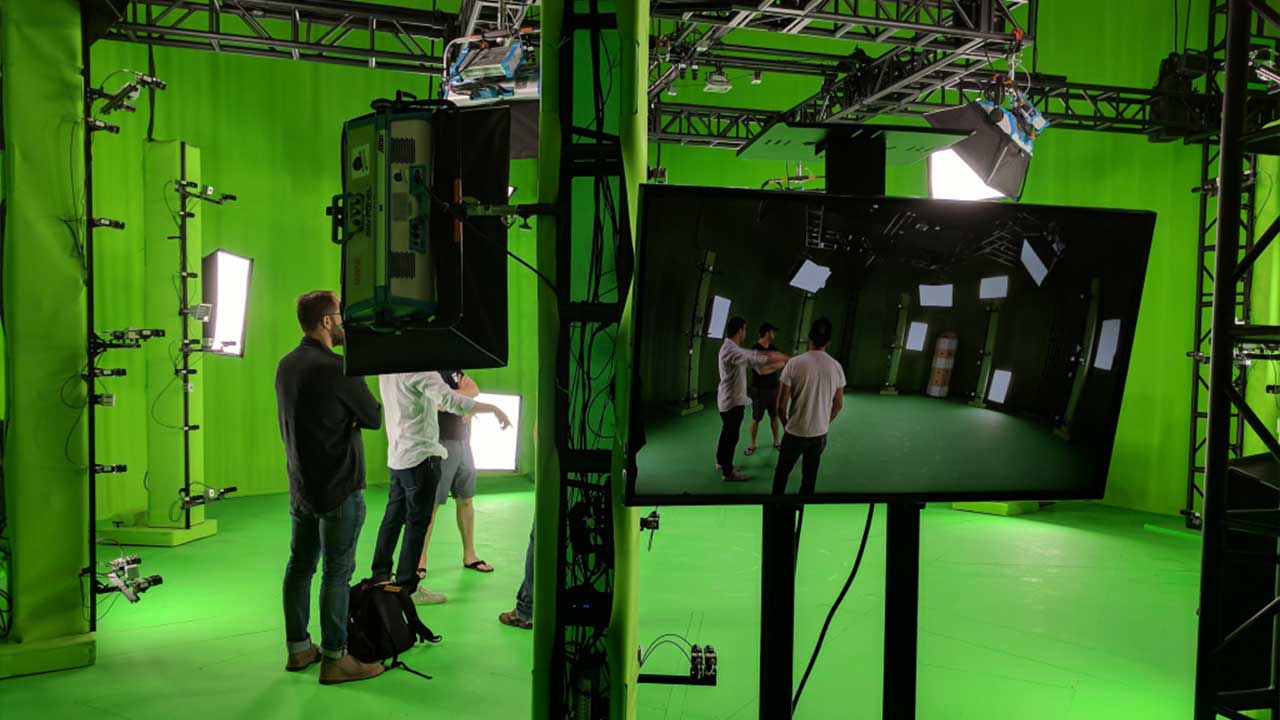 The first round of projects booked into Metastage include an AR activation by a major newspaper publisher and an immersive documentary by Springbok Entertainment capturing a performance by a ballerina living with terminal cancer.

Metastage has a one-year lease on the space, but Heller hopes to be there longer. And if the concept proves popular, they plan to open other Metastage locations internationally.

“The real ambition here is to democratize the means of production so other people around the world can spring up and make great content and overcome that barrier to entry,” Grossmann said.

The power of human presence, in virtual 3D space.