When asked what most excites me about the XR industry—particularly in the wake of industry cool-downs and troughs—my response always circles back to the people who comprise it. Spatial media unite a diverse spectrum of technologies, studies, and art forms—and the resulting collection of professionals is equally wide-ranging.

One such person is Asad J. Malik, a director whose holographic narratives have tapped the Augmented Reality format to shape and deepen conversations around immigration, transhumanism, and the ethics of AI.

New industries like XR are spheres where the rules of creation and participation are established in real time, and Malik recognized this early on in his career—producing holographic work like a Harry Potter HoloLens experience and Holograms from Syria in 2017 from his dorm room at Bennington College in Vermont. Through these experiences, he also launched 1RIC, an AR studio dedicated to holographic narrative content.

In partnership with RYOT, 1RIC was the studio behind festival standouts Terminal 3 and A Jester’s Tale, the latter of which featured Poppy and was named the “Best Augmented Reality” experience at Sundance by The Verge. Each deepened Malik’s understanding of—and appreciation for—holographic immersive narratives.

During that time, 1RIC was effectively a vehicle for Malik’s directorial efforts, with the technical expertise of studio partner Jack Daniel Gerrard, a collaborator since early Bennington days.

Building on the successes of that work, Malik moved to Los Angeles post-graduation this spring and used the summer to establish a larger frame—and vision—for the studio.

The first major announcement for 1RIC is a seven-figure investment—the specifics of which won’t be announced until later this year.

1RIC is hardly the first content studio to parlay creative accomplishments to scalability, but the vision and approach indicate possible success vectors for other startups in the industry. Unlike many content or visual effects studios, which seek to showcase a wide range of capability, 1RIC is specifically an AR studio—and within that, focused on producing interactive volumetric narratives. 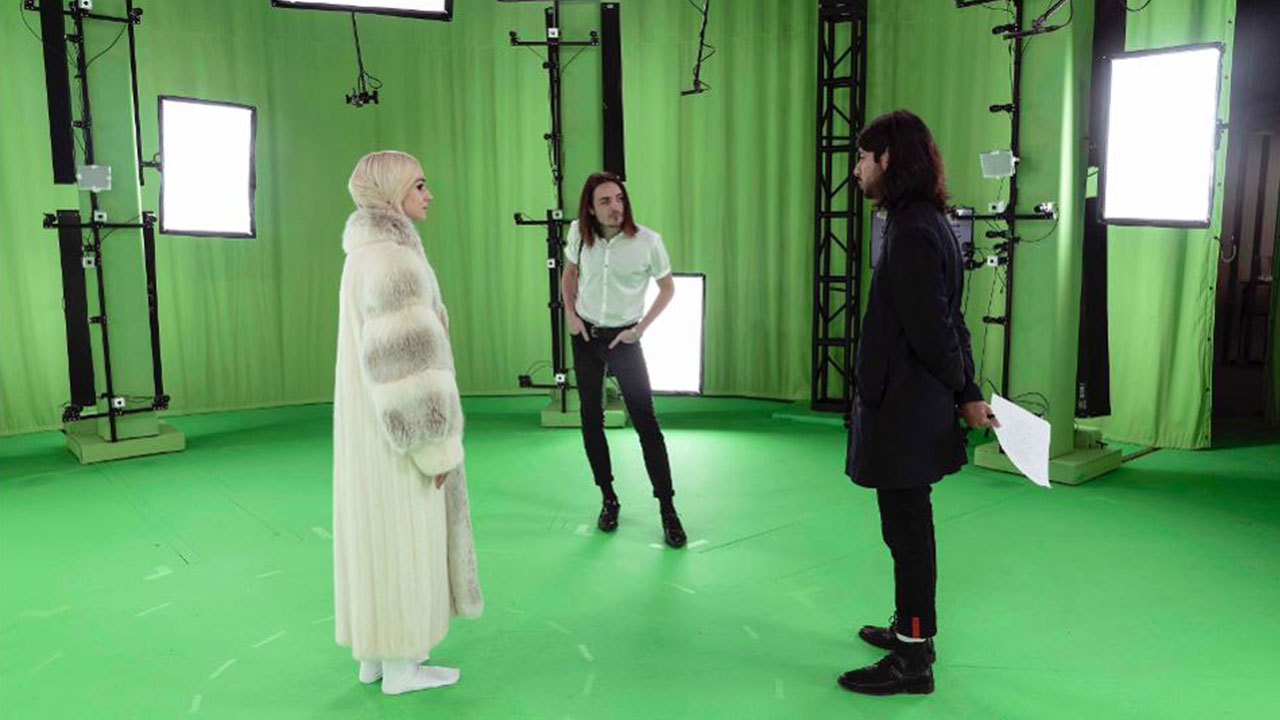 Poppy, Titanic Sinclair and Asad J. Malik on the set of A Jester’s Tale at Metastage volumetric studio.

In a phone interview with the author, Malik explained how 1RIC will continue to lean into the disruptive potential of AR as a storytelling medium able to match the appetite of its audience.

“Our focus is not on commercializing as soon as possible, there are enough people focused on that; in this time of widespread cultural anxiety, we find value in initiating creative chaos,” Malik said. “Whenever new tech like this comes up, it presents the opportunity to instigate change. The world, especially younger generations, are craving experiential storytelling that moves them and presents ideas that deviate from pre-existing social structures.”

For at least the next few projects, 1RIC’s scope is even narrower, focusing on interactive educational content.

XR content in general is in a proving phase—can any given piece rise up and capture enough of the existing audience to prove financial viability? So far, only a handful major titles have been successful enough to be called a hit—or even merit continuing efforts.

Malik’s approach began as an impulse to create high-quality narratives—but as word spread about his projects, this approach also managed to prove financial viability on a small scale. Since Terminal 3 left the festival circuit in 2018, professors and researchers in higher education institutions have been reaching out to license it.

“There’s no website or pitch deck or contact, but people somehow find [Terminal 3] and seek me out to license it for universities,” Malik said. “I was honestly surprised how many people have gone out of their way to show it to their students.”

The experience, produced with volumetric capture solution Depthkit, puts participants in the position of an immigration officer screening six different people for entry into the United States. The range of people hoping to license Terminal 3 for practical purposes at universities led Malik to realize that 1RIC could fill a present need.

“They show it in game design departments, in journalism classes, in literature…” Malik said. “These narratives apply to so many verticals in education; we realized we could have an impact by building even more experiences like that.”

The disruptive component also means that an AR studio focused in storytelling (and largely documentary) content has the capability of busting social structures that have left out certain voices. And, as an interactive medium, this emphasis on democratizing access also stands to inspire creators among these same populations who traditionally have felt barred from participation.

“These funds will allow us to build volumetrically captured interactive characters that take up space in a way that hasn’t been possible in the past and bring them to underserved communities,” Malik said. “Our education projects will end up in schools where kids are on lunch programs, giving them access to these narratives before anyone else.”

Volumetric refers to three-dimensional video, captured through stages (such as Intel Studios and Metastage—the latter of which is where 1RIC projects capture content) that have cameras mounted all around subjects.

Where content produced in a game engine is able to offer more by way of realtime interactivity, volumetric video reads to the eye as “real” rather than computer-generated. In working with holographic narrative over the past three years, Malik has realized that this aspect of “reality” is vital to his vision with 1RIC.

“Our particular brand of storytelling is interactive volumetric narratives—people who are actually captured in real life,” Malik said. “It’s not generative, but that allows us to focus on narrative and the dramatic arc, which is what we do best.”

Within this process of story creation, which Malik says will be largely documentary in approach for its coming projects, volumetrically captured holograms lend an intuitive grounding in reality that, in turn, gives him more flexibility as a director in how he presents stories.

“In this time when people have so much anxiety around simulation and ‘fakeness’ and what is true, we want to present immersive subjects that were captured—what they say and do happened in real life,” Malik said.

And new innovations to the form are allowing the ability to subtly “edit” volumetric output to deepen the presence participants feel in an immersive context.

“Now we can do things like head-retargeting, so characters look at you with their eyes,” Malik said.

By keeping 1RIC’s focus so narrow, Malik has become one of the world’s premier volumetric directors. As new technologies and updates roll out, 1RIC has a running start in using them not just as experiments, but as powerful narrative tools. 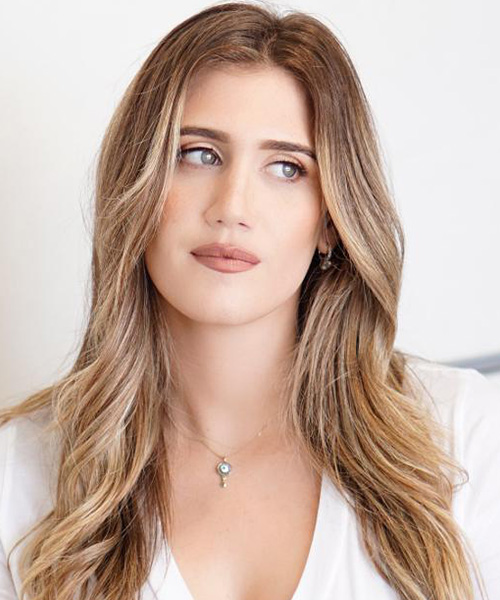 Ela Topcuoglu is joining 1RIC as its Executive Producer 1RIC

Part of 1RIC’s scaling involved hiring a bigger team, which now numbers at five, notably including Executive Producer Ela Topcuoglu, who Malik first worked with during her tenure as Manager of Immersive Content Development at RYOT, when she helped produce A Jester’s Tale.

“Ela’s experience producing a wide variety of projects, both fiction and nonfiction, is a huge asset to us at 1RIC,” Malik said. “She’s also very seriously engaged with questions around what it means to live a good life and how immersive media fits into that equation. That is exactly the kind of thinking new mediums need to develop with the most consideration possible.”

Topcuoglu cited alignment in mission as a deciding factor in joining 1RIC.

“I make it my goal with each project I produce to challenge expectations of how technology can be used to tell an effective story,” Topcuoglu said in a statement. “That is exactly what 1RIC has done time and time again with their AR work. I look forward to working with Asad as we pave the path for a new generation of storytellers and represent what AR is capable of as a medium.”

Topcuoglu cited alignment in mission as a deciding factor in joining 1RIC.

“I make it my goal with each project I produce to challenge expectations of how technology can be used to tell an effective story,” Topcuoglu said in a statement. “That is exactly what 1RIC has done time and time again with their AR work. I look forward to working with Asad as we pave the path for a new generation of storytellers and represent what AR is capable of as a medium.” 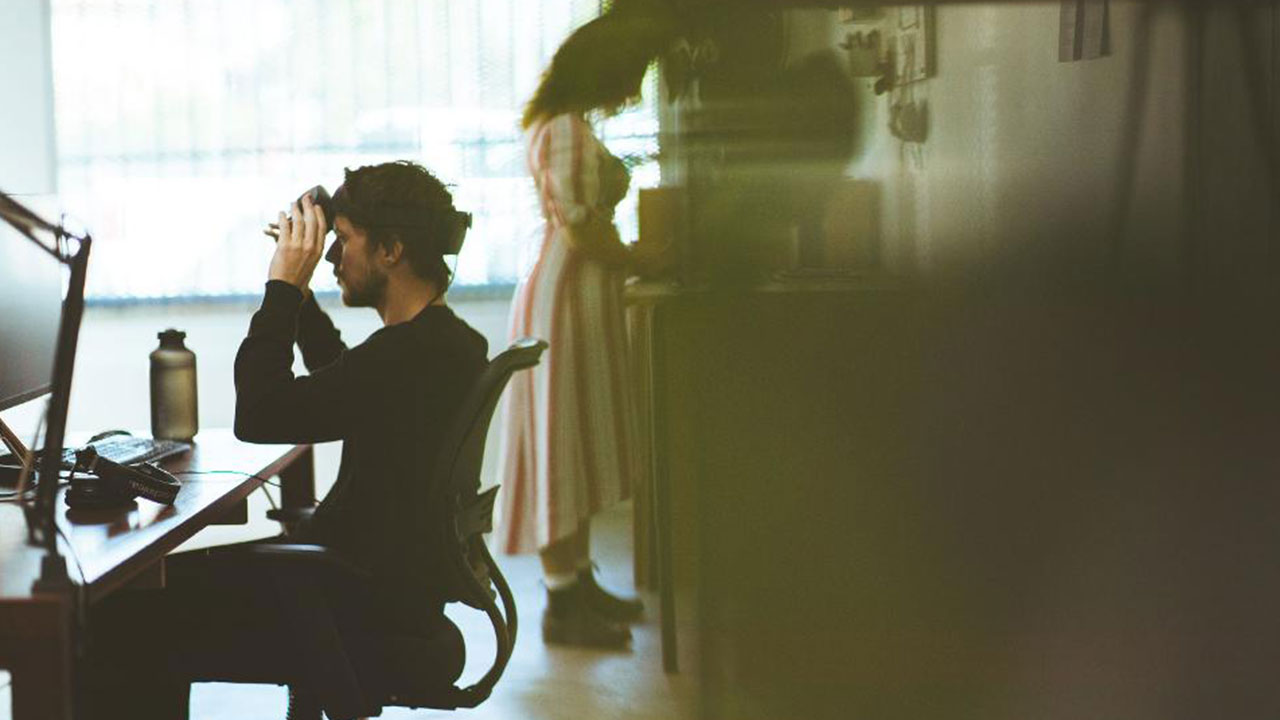 In addition to increasing the number and scope of projects at 1RIC, Malik also hopes these new offices will serve as a new gathering space in the LA community.

“I’m excited to have a space like this in Mid-City where we can do events to have real conversations around this stuff,” Malik said. “We’re not a corporation or typical startup either—there’s a lot of power to have important conversations, whether it’s around the future of volumetric or face filters.” 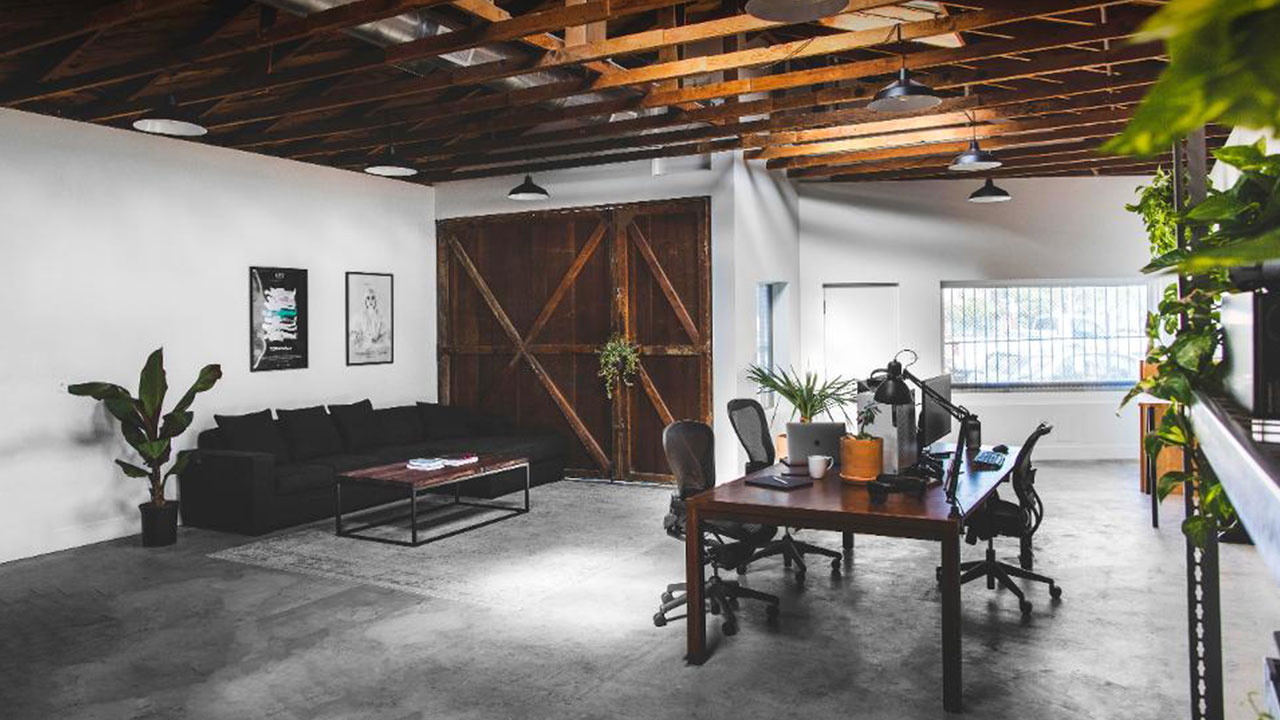 Ultimately, the ability to spark conversation is the charge of any good artist. But being able to foster ongoing discourse around hard, often unanswerable questions is what colleagues cite as one of the Malik’s important talents within the industry.

“Having worked with countless XR creators, what makes Asad’s work so unique is his ability to explore polarizing topics such as AI and immigration with incredible nuance,” said Jake Sally, head of immersive development at RYOT. “He wraps these complex societal issues into a compelling narrative shell that empowers audiences to learn through interaction, ultimately forcing them to think critically about topics that rarely, if ever, have a simple answer.”

More news, such as upcoming projects, investment figures, and event listings at 1RIC offices, is forthcoming later in the year. For more information, visit the studio’s official website.

The power of human presence, in virtual 3D space.